Today we went to lunch. Took a tour of the Lafayette Cemetery 1 and a walking tour of the Garden District historical homes. 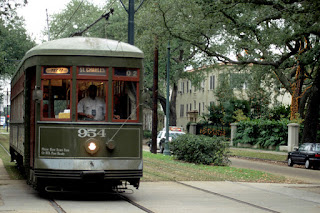 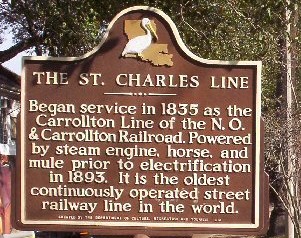 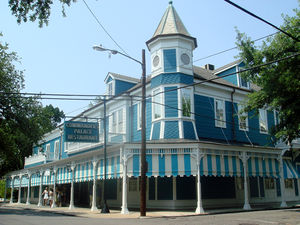 The Commander's Palace Restaurant is bright blue and white exterior and takes up a city block. 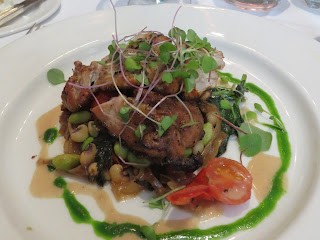 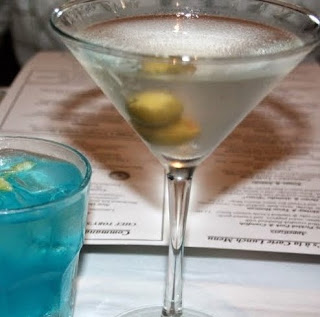 Monday-Friday lunch menu is very reasonable and offers 25cent Martini's! What a deal! 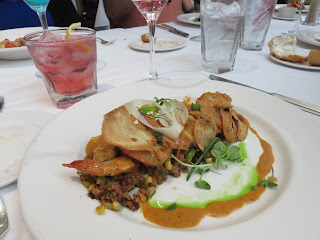 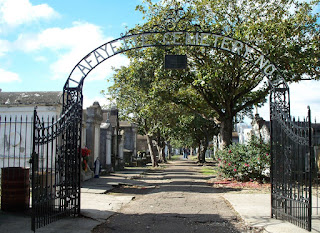 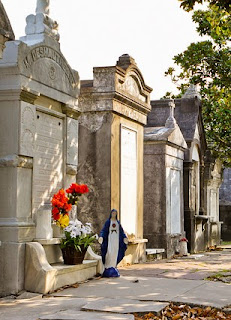 The vaults were built above ground because it rains in New Orleans, then it floods, it was more functional than the in-ground method. 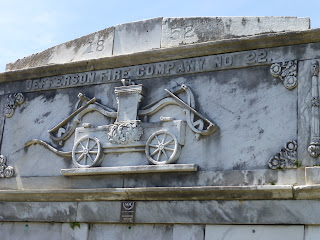 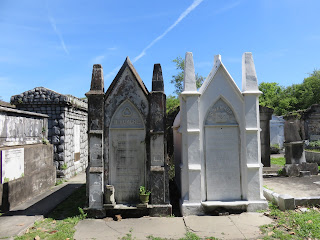 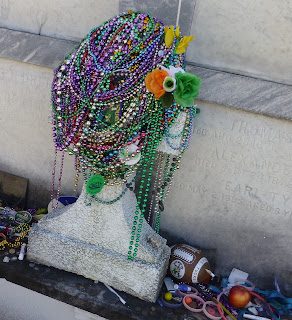 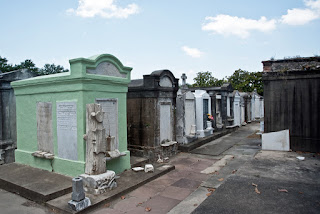 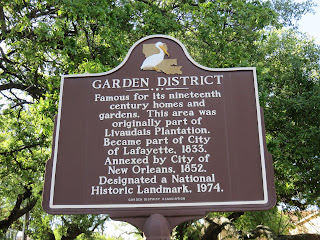 The New Orleans Garden District is a beautiful and ornate neighborhood, decorated with gorgeous, historic houses and mansions, walking through the Garden District takes you back in time. 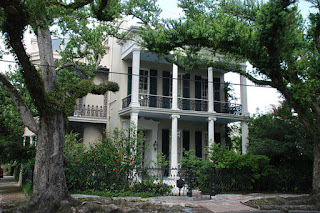 Anne Rice House
Anne Rice was born in New Orleans and grew up in the Irish Channel. Noted for her Vampire Chronicles series which began with the Interview with the Vampire, published in 1976.
﻿ 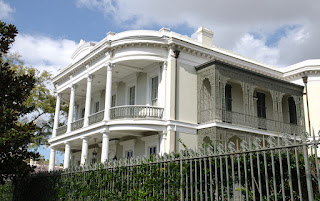 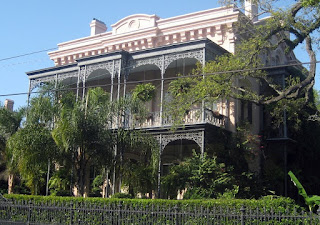 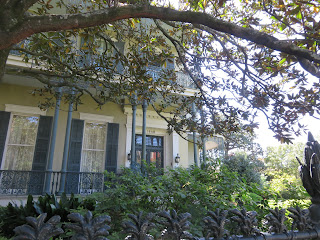 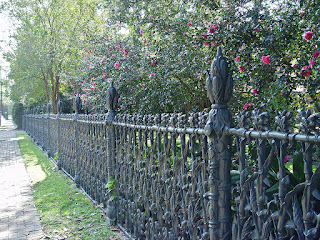 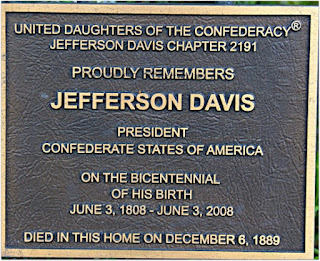 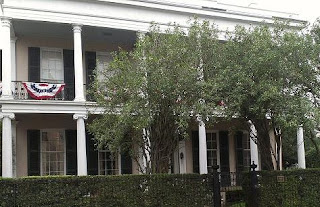 Jefferson Davis, President of the Confederate States of America died here in 1889. 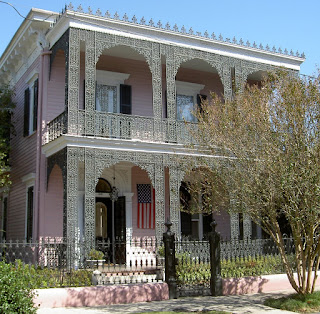 Musson-Bell House
This big pink house was originally completed in 1850 for the wealthy tobacco grower, and President of the Cotton Exchange, Michael Musson.  He was also the uncle of Edgar Degas. 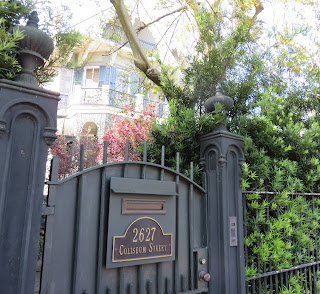 This is the actor Sandra Bullock's house, covered with beautiful trees and landscaping you can barely see it. 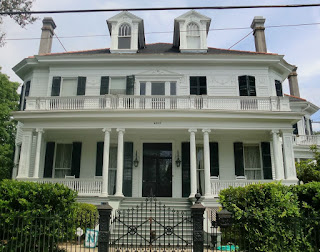 Benjamin Button House
2009's The Curious Case of Benjamin Button was extensively filmed in New Orleans and surrounding areas. Much of the filming took place in the Nolan house at 2707 Coliseum St. in New Orleans. Right around the corner from Commander's Palace restaurant, the 7,800 square-foot mansion has 6 bedrooms, a music room, a library, and a reception hall. Filming took place in virtually every room in the house. (quote from Experience New Orleans!) 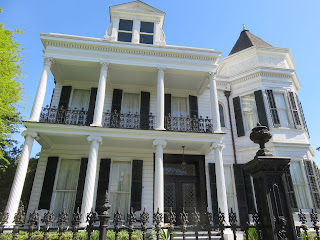 Women's Opera Guild Home
Greek Revival mansion – 1858 . The mansion was originally filled with European & American furniture, artwork, and antiques from the 1700-1800’s and most of it is still on display there today. 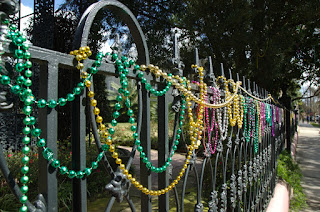 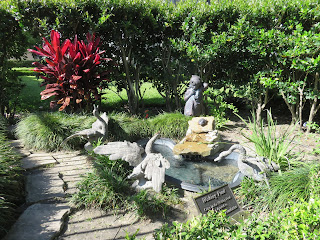 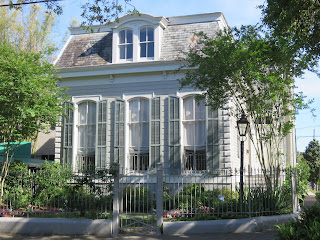 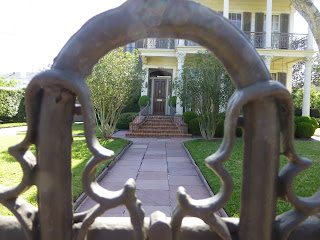 Just a bird's eye view - of Archie Manning's house. This is the front yard where Peyton & Eli Manning learned to throw the football on the lawn.

There are so many more of these beautiful homes in the Garden District. It was a very nice way to spend the afternoon.