The French Quarter Festival is the largest showcase of Louisiana music in the world. There were 23 stages and street performers, too. The music went on for 4 days, on the streets, in the clubs, just about everywhere.

One of the festivals posters.
﻿ 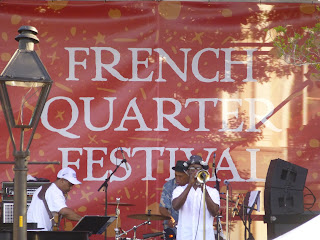 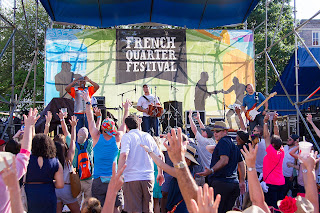 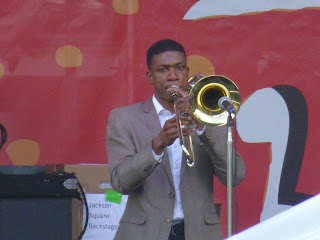 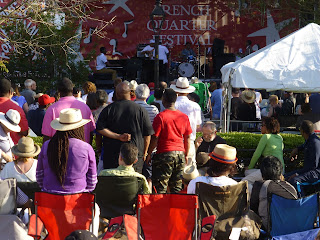 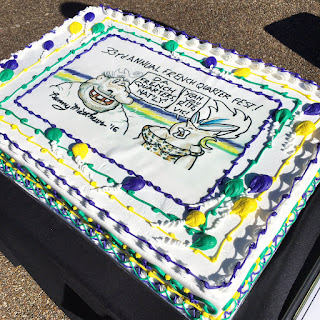 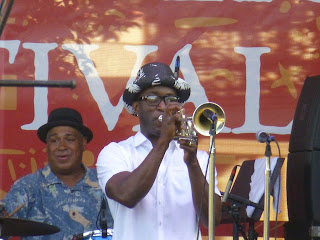 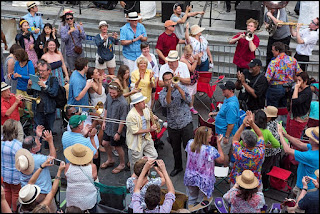 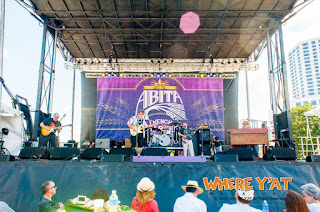 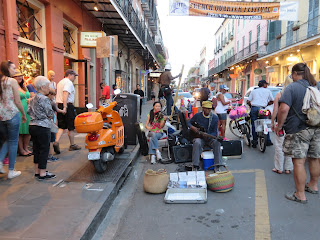 Street performers were just as good, musicians were set-up on street corners everywhere in the Quarter. 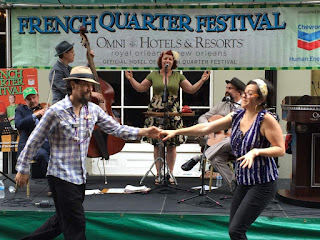 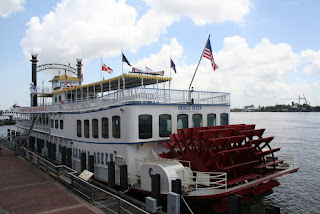 When 760,000 people are in town, you just have to get away for a while.  Taking a tour on the Creole Queen down the Mississippi. 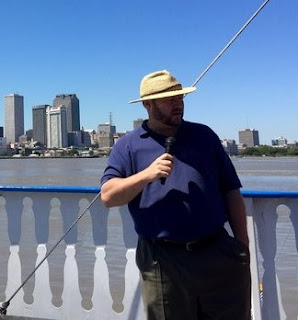 Our tour guide was beyond our expectations. He gave us one of the best narratives on the History of New Orleans, Karina and personal family memories I've heard in years.  The amount of historical information he remembered and the way he told the story was amazing.
﻿ 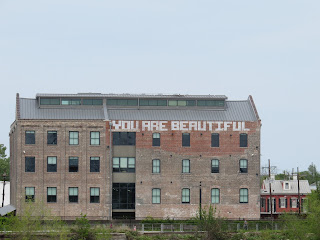 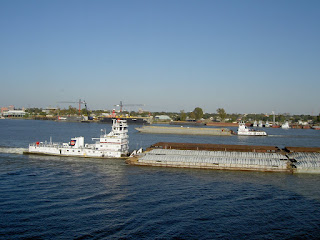 Along the Mississippi River 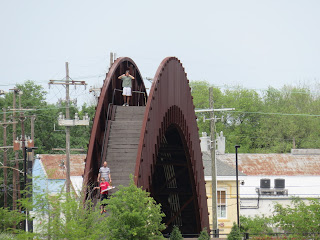 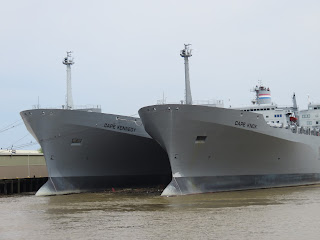 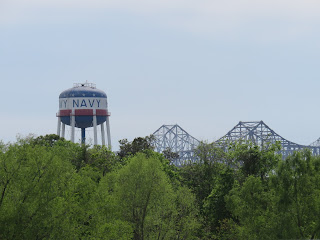 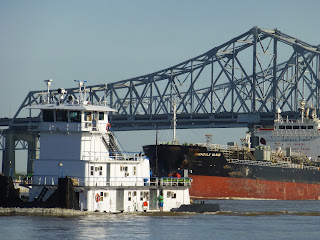 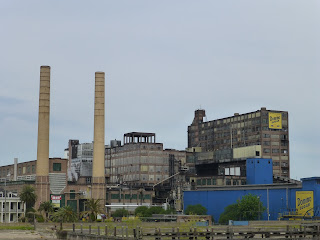 Domino Sugar Plant is still a working plant, despite the broken windows and worn down look. 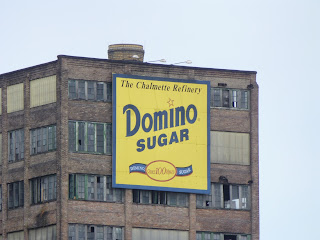 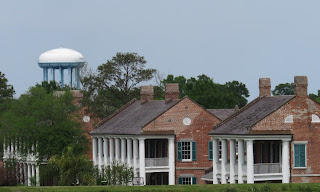 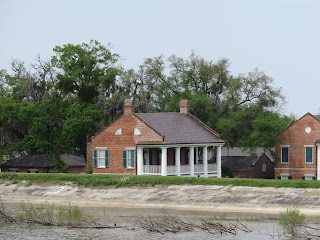 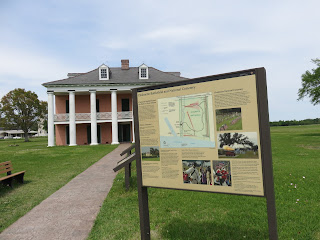 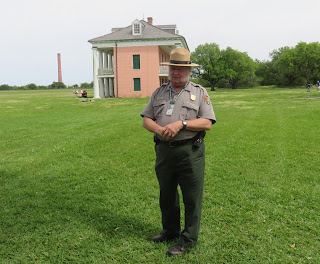 Our National Park Ranger tells us of the Battle of New Orleans.
The Battle of New Orleans in 1814–1815, the last battle of the War of 1812, forever ended any attempt by England to regain control of the American Colonies, lost during the American Revolution, the War of Independence. It was here that General Andrew Jackson, and local volunteers, including Jean Lafitte (the pirate) and his men, defended the city from the invading British. The British troops were under the command of General Pakenham, who died in the final battle, January 8, 1815. (description from Experience New Orleans) 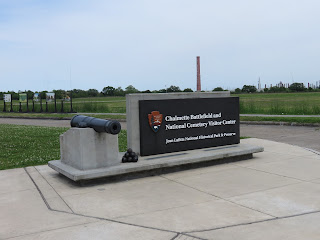 The visitor center has displays, interactive exhibits, maps, and short films address the War of 1812, the New Orleans campaign. 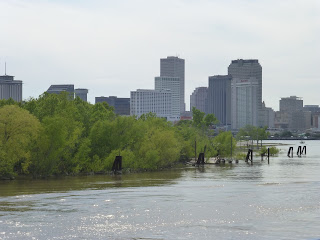 Heading back to the party. 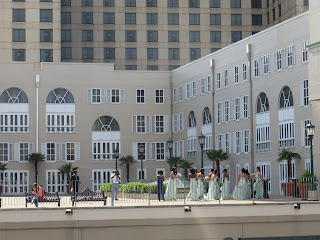 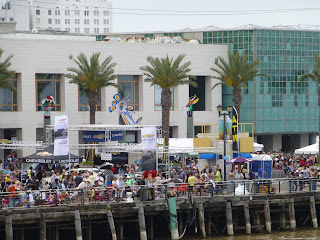 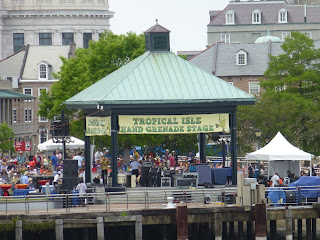 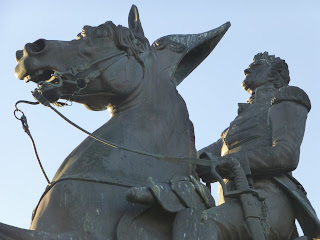 French Quarter Festival is the largest, free music festival in the South.

Nobody does it better. Put it on your bucket list - you will not be disappointed.