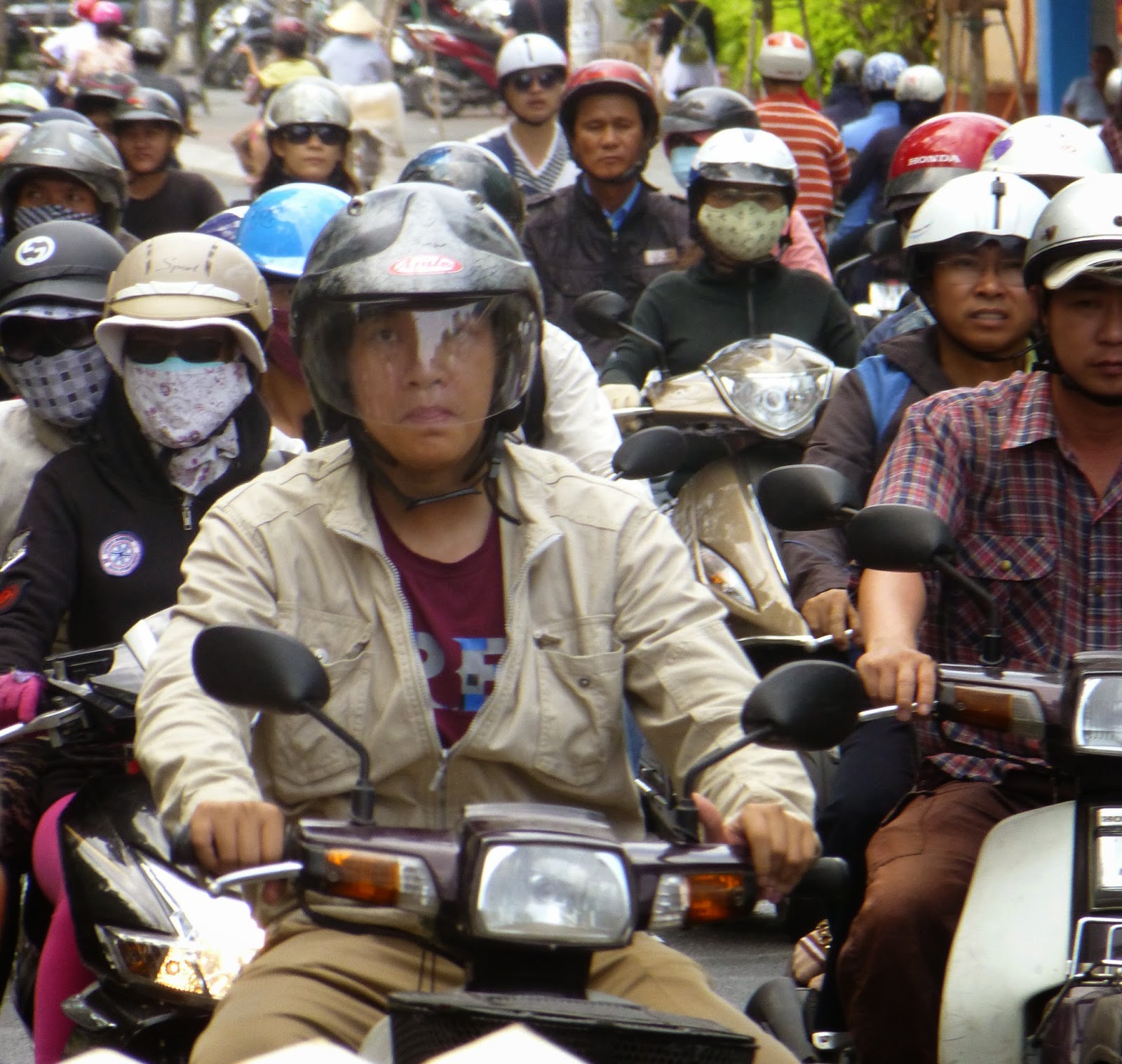 Norte Dame Cathedral is made of red bricks imported from France. The twin towers of the beautiful, red-brick Notre Dame Cathedral have been a familiar landmark in Ho Chi Minh City since the 1880s. 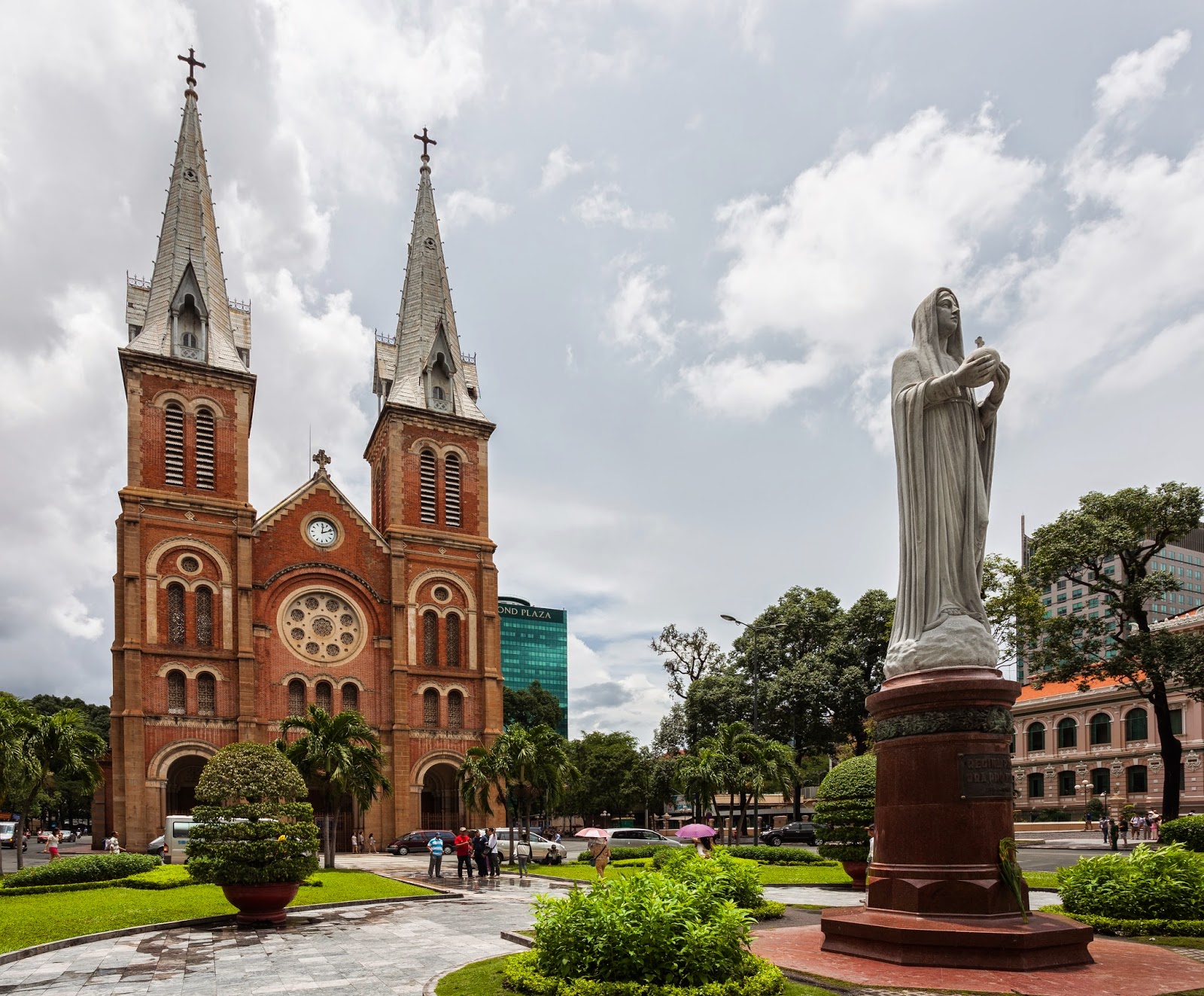 It is a popular location for newly-weds to be photographed.  We were told many brides and grooms are photographed at the Cathedral, one month before the actual ceremony takes place to have the photos put in their wedding albums for their guest. 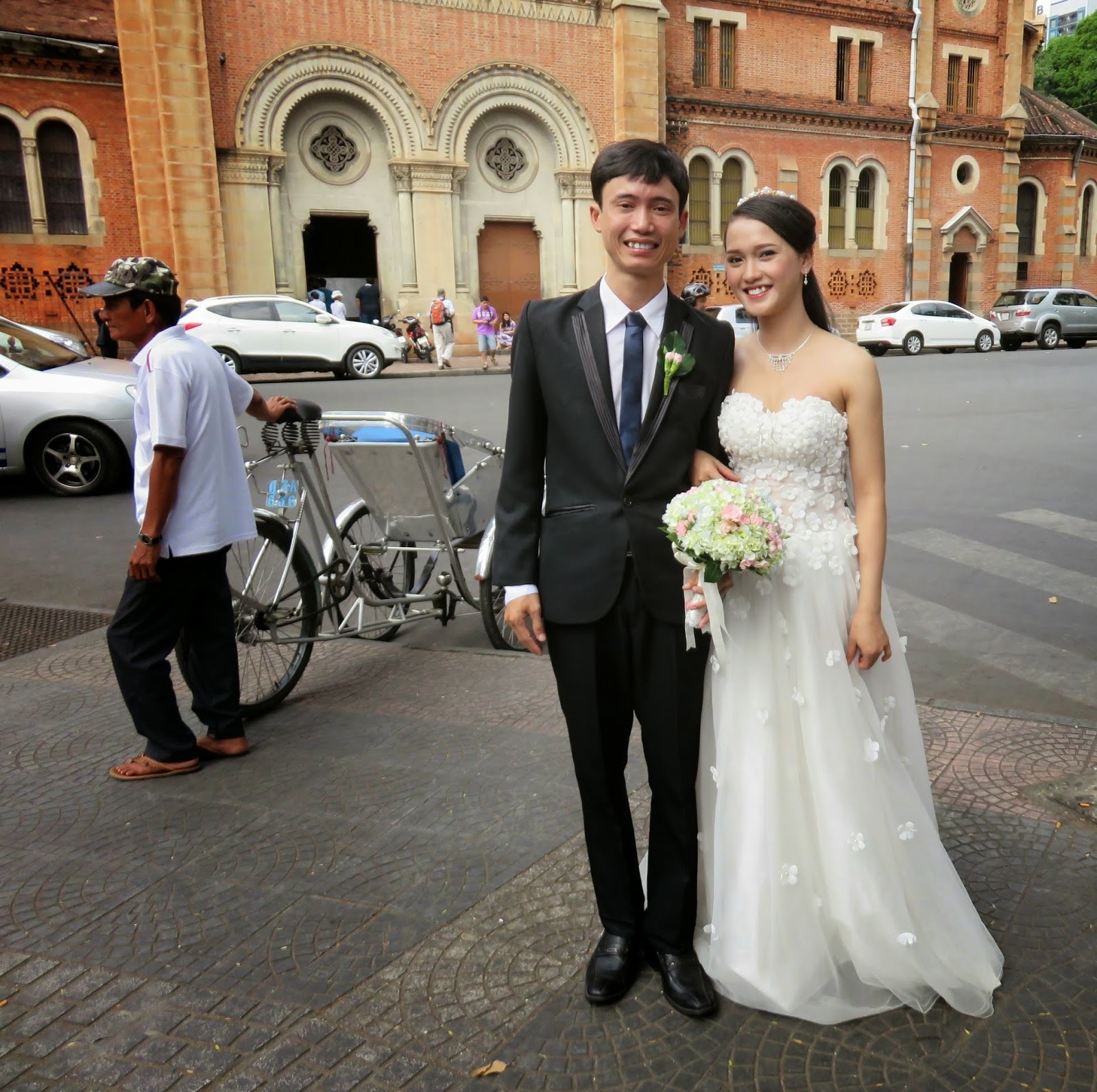 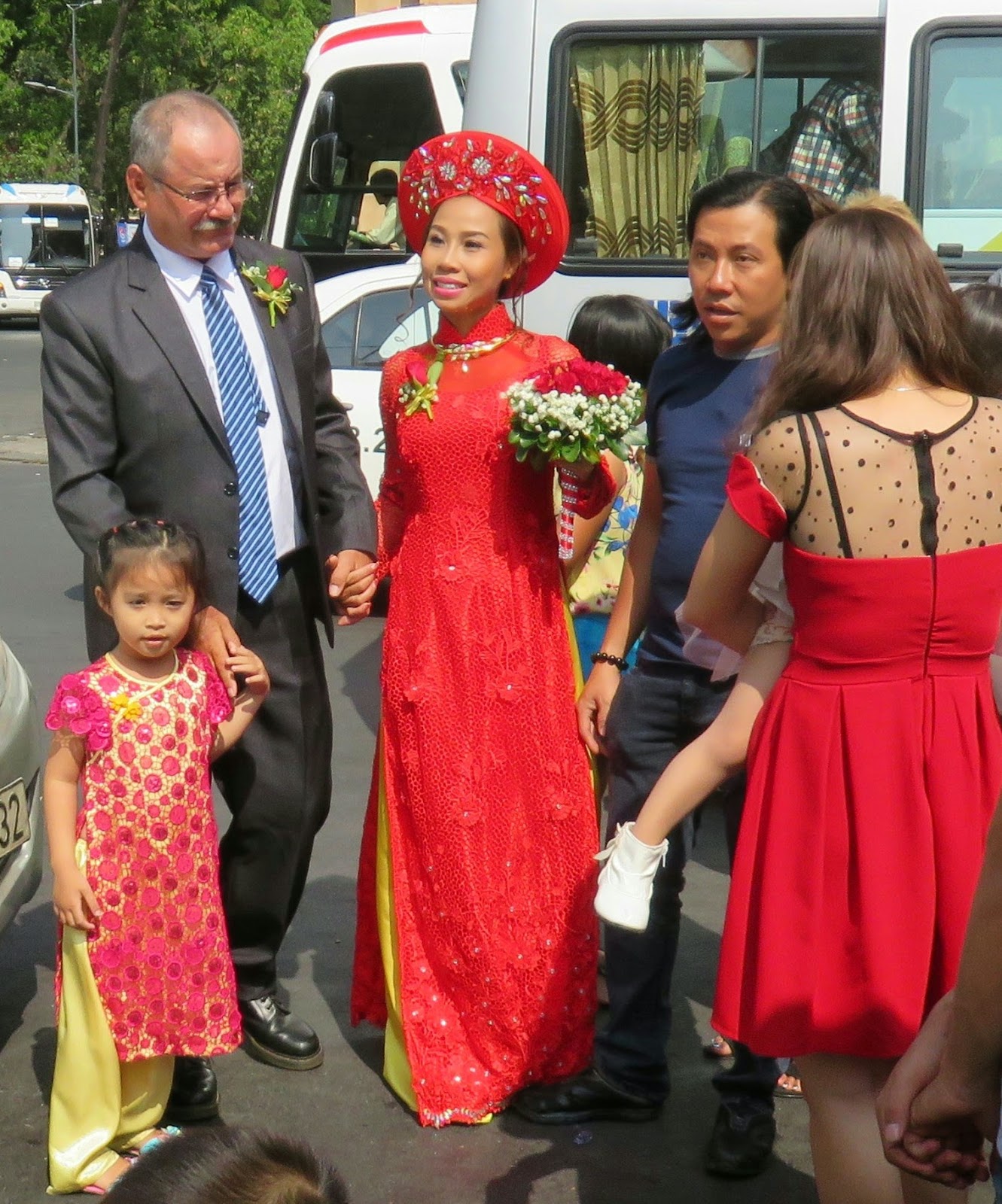 
Across from the Notre Dame Cathedral, the vast Post Office was built in the late 19th century in a European style. Built in 1891, designed by Gustave Eiffel, it is often likened to a railway station in appearance. 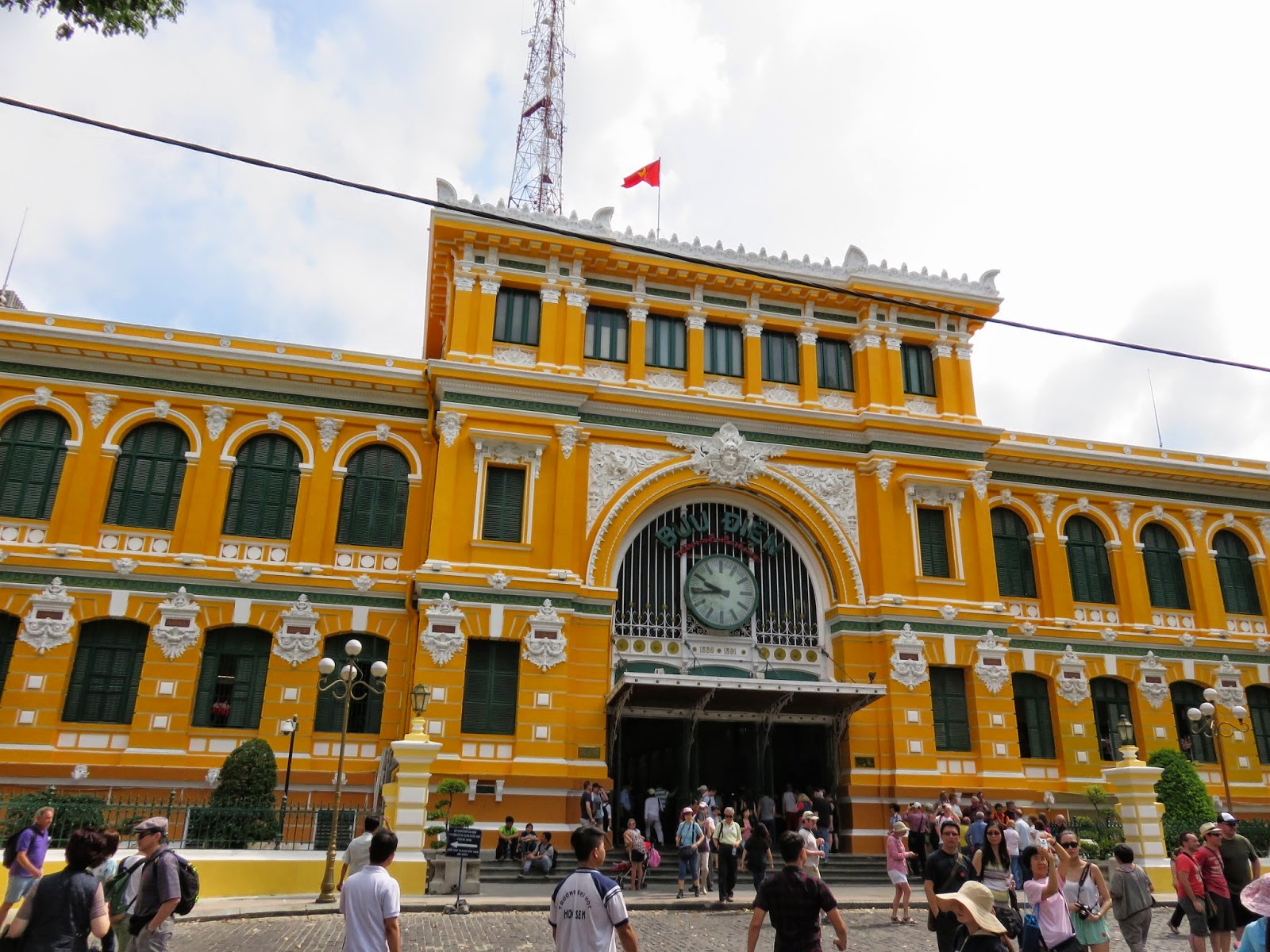 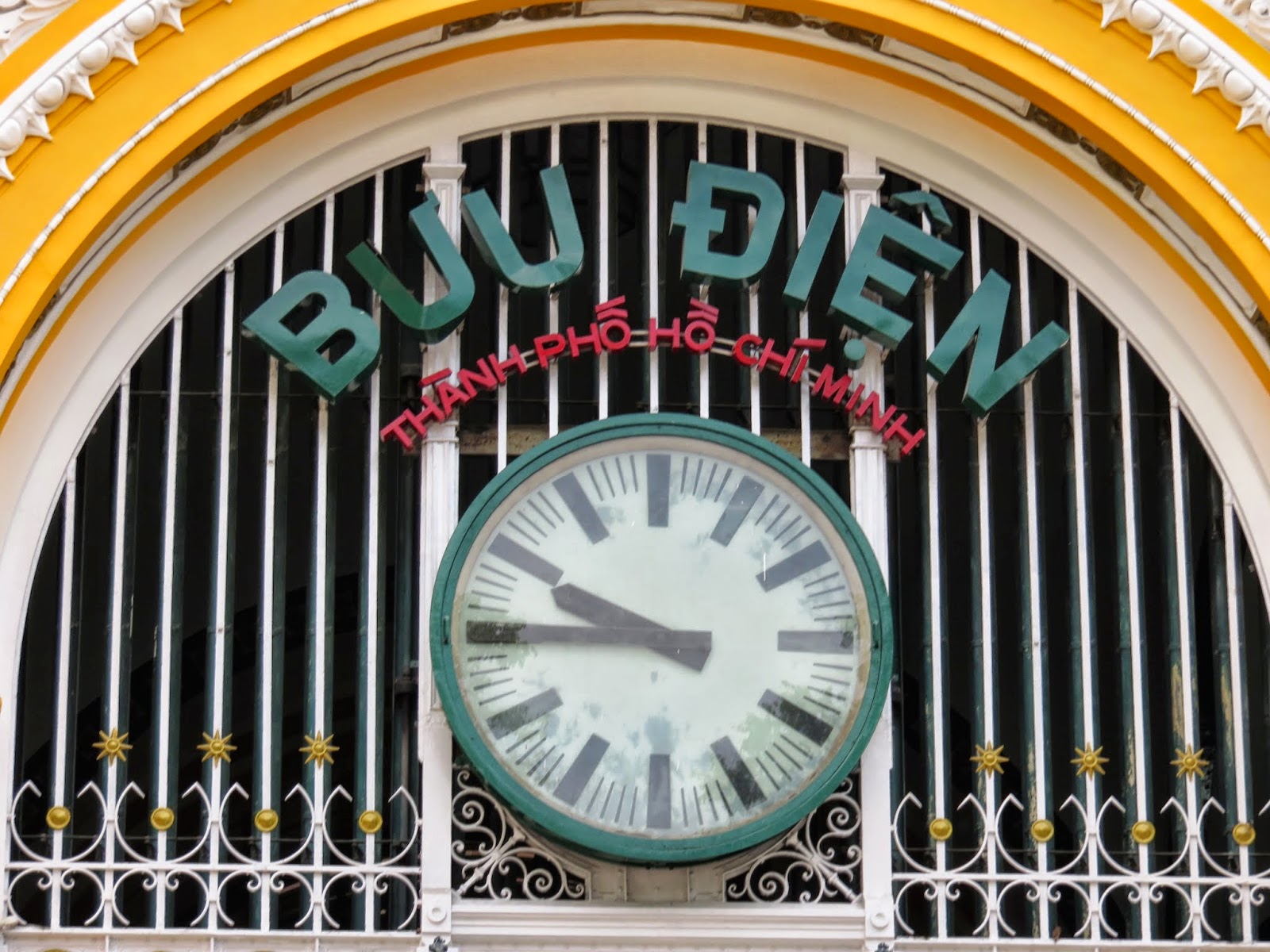 Even its original phone booths still remain in place. 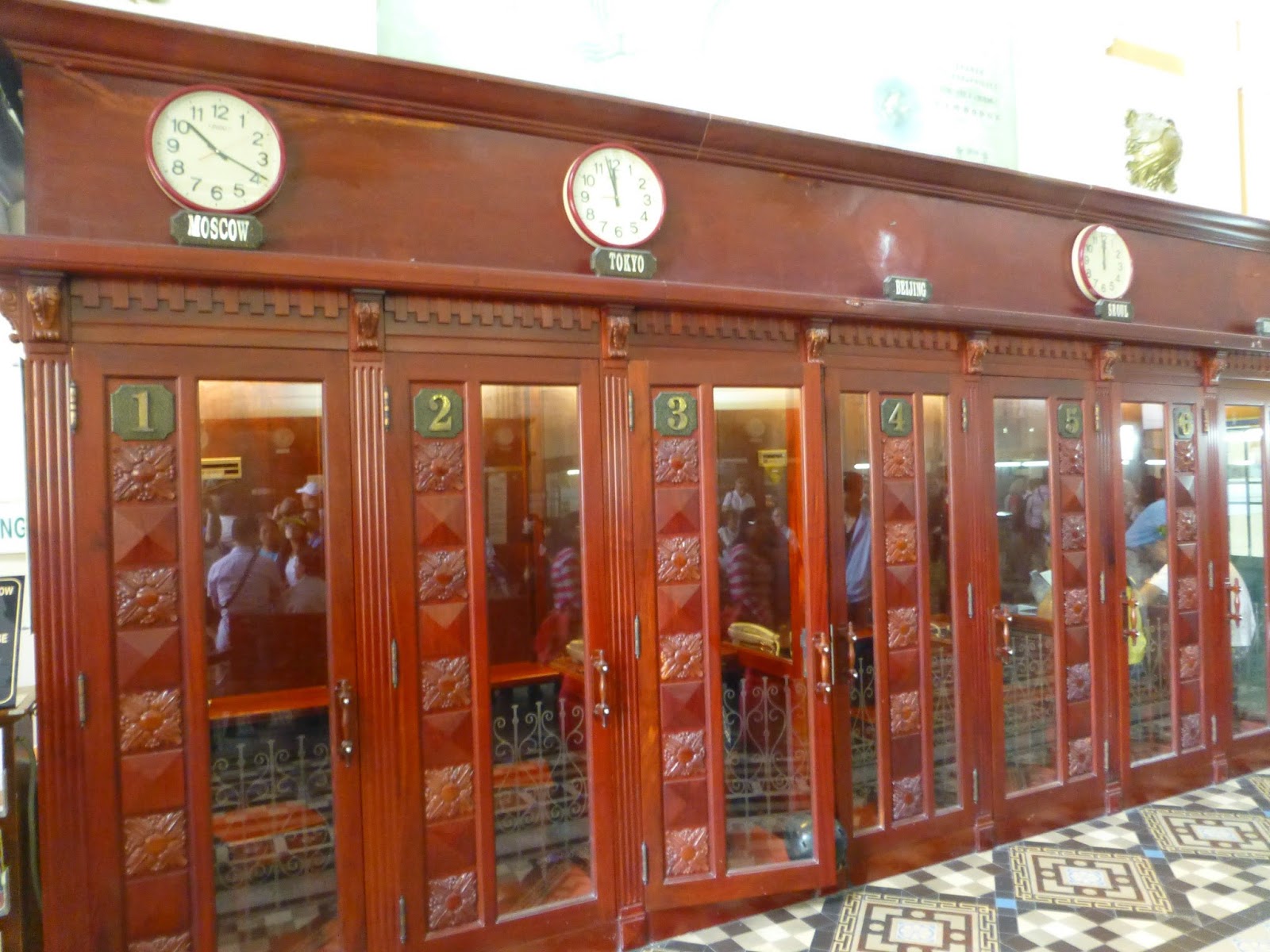 The high-ceilinged interior has hardly been touched since it was erected and is dominated by a huge portrait of Ho Chi Minh. 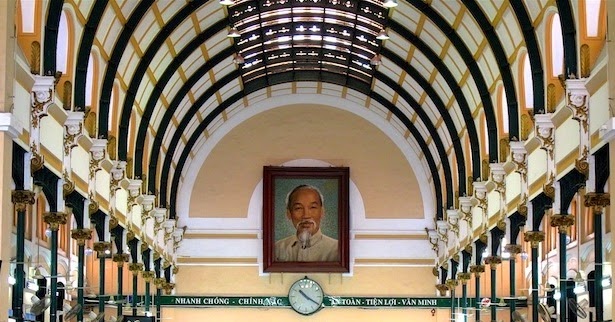